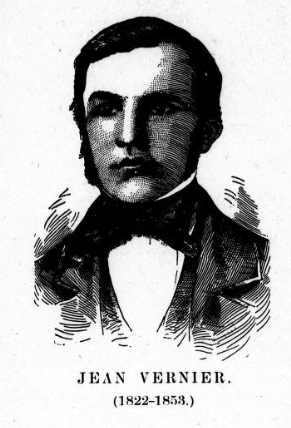 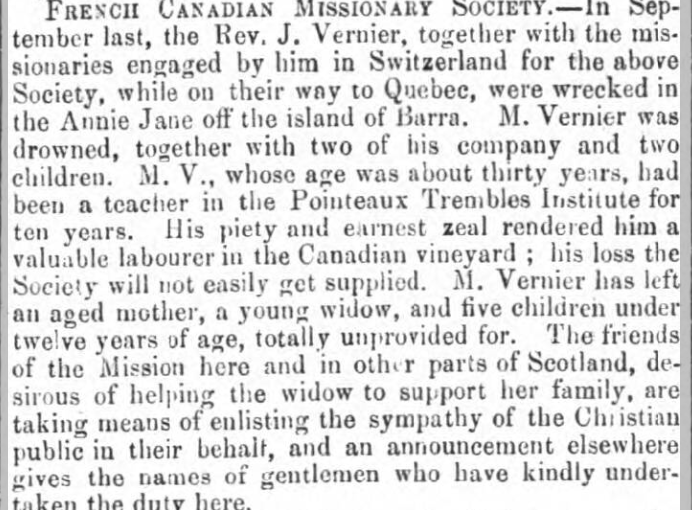 The Reverend Jean Vernier was returning from Switzerland after recruiting a group of missionary workers when they took passage on the Annie Jane five of his party drowned, and three survived. One of the survivors Marc Ami wrote a book describing the voyage and shipwreck. Published in Quebec in his native French language in 1891, ‘Le Naufrage de l’Annie Jane’ is translated and published in English for the first time, the image at the top of this page taken from it

“Plunged into profound darkness, buried under water, I could not breathe, and I believed that we were all done for. Oh joy! The water level dropped by a couple of inches and I breathed ecstatically. I called out for Mr Van Buren and Mr Vernier: no response. Weak moans could be heard around me. I recognised at my feet, the voice of the two children of Mr Kempf saying: Father….fath…fath..we are ..going towards Jesus!”