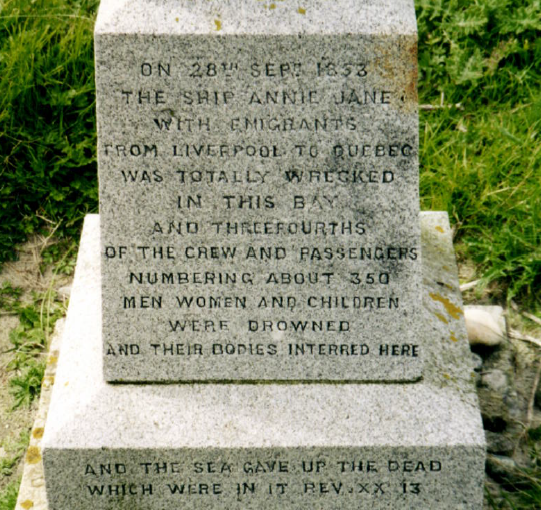 Thomas Gray, Chief Clerk of the Wreck Department of the Board of Trade in London, visited Barra in 1866, and wrote a damning report about the treatment of wrecks and other matters.  He was told about the plundering of the Annie Jane’s survivors’ possessions.

” I learnt that the dead were buried in two holes packed like herrings in a barrel. There is no mark not even a rail or bit of wood where these bodies are buried. I should like to see a stone erected to mark where the victims of one of the saddest wrecks of our time lie interred.”

Despite Gray’s wish for a monument or fence around the spot where so many bodies were interred, it would remain unmarked for almost twenty years. In 1881, a granite memorial was put up on the spot by a private individual where it still stands in a commanding position above the beach.